The idea of linking Lake Geneva, Gstaad and the lakes of Thun and Brienz dates back to 1873. At the time, it was already a question of uniting three major tourist regions. The railway tracks are finally built differently: metric (1 m) between Montreux and Zweisimmen and normal gauge (1,435 m) between Zweisimmen and Interlaken. The project has been resumed several times. In 1924, the Goldenpass association was created. In the 1930s, plans were also made to build a third railway track. 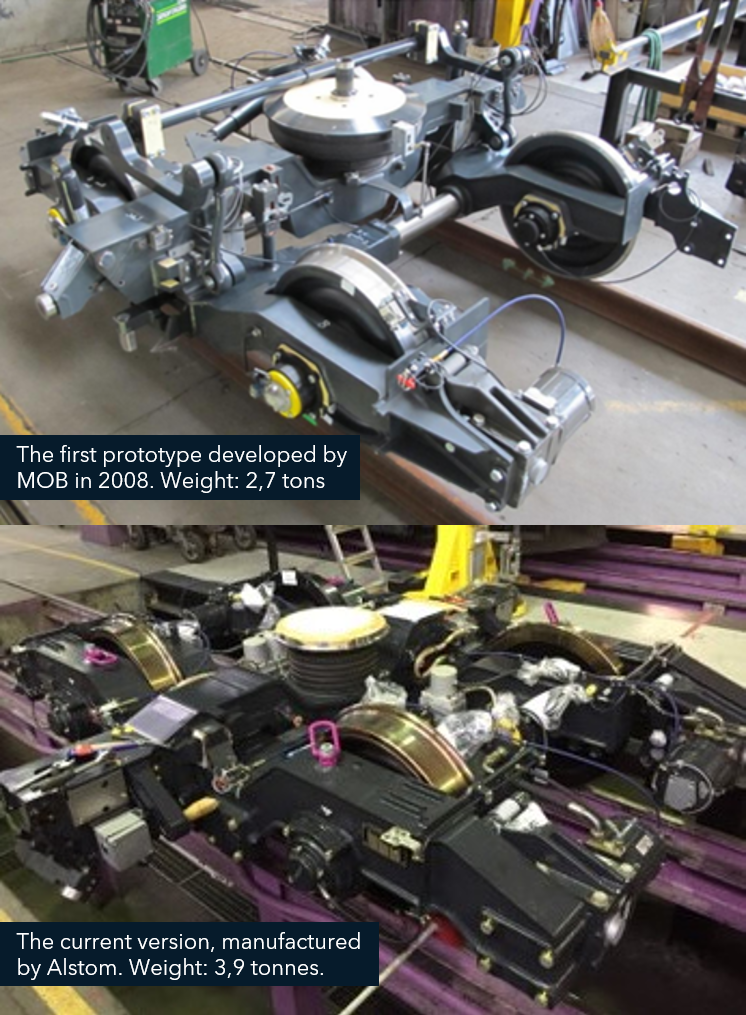 In 2008, MOB created a totally different concept: rather than changing the tracks, the bogies, the removable carriages that support the carriages, were modified instead. With a variable gauge bogie and a spreading ramp, the train will be able to move from one track to another. The principle is as simple in theory as it is difficult to achieve in practice.

MOB searched for an industrial partner to realize this concept and the Alstom company was chosen. As of January 2019, four prototypes have been delivered and successfully tested. In Zweisimmen, two spreading ramps are planned. This switching from the metric gauge to the normal gauge is a world first.

Only passenger carriages are equipped with those famous bogies. This implies that a MOB locomotive will tow the train between Montreux and Zweisimmen and another, from the BLS, between Zweisimmen and Interlaken.

The bogie spreads, the carriage rises

Designed by Pininfarina, built by Stadler 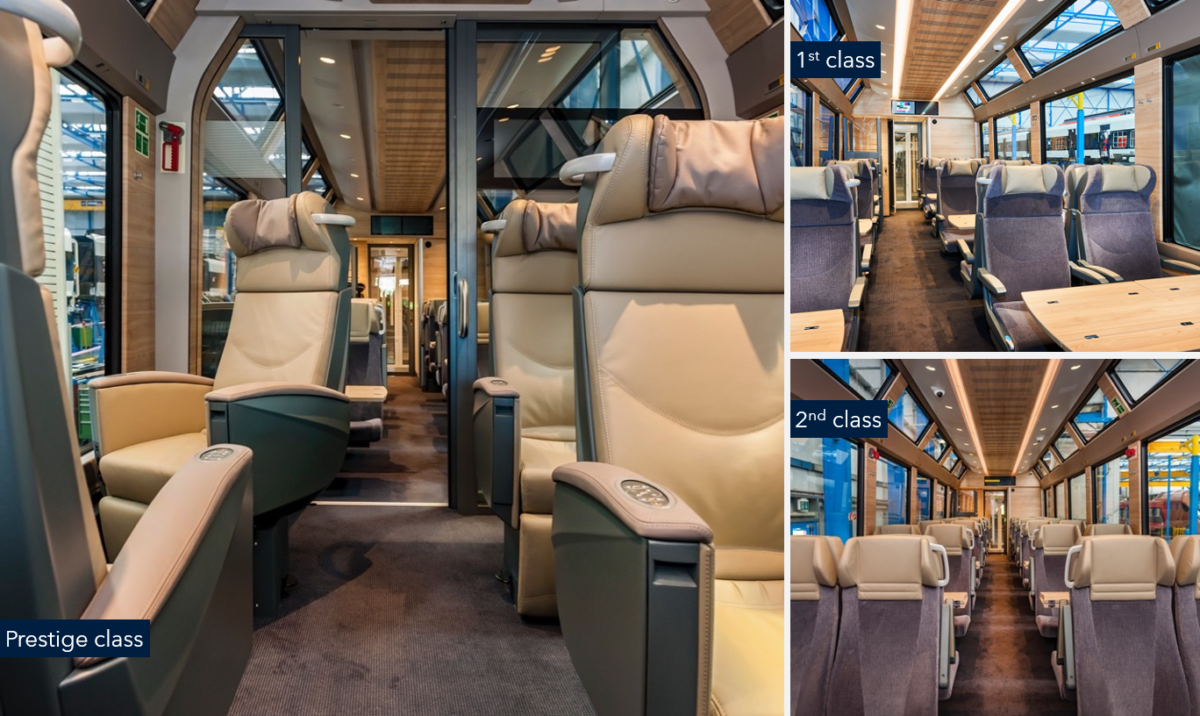 Discover the train with 3D images made by Stadler. The Interior design is made by Innova Design.

Click on the button below to receive the complete GoldenPass Express documentation.