The idea of linking Lake Geneva, Gstaad and Lakes Thun and Brienz dates back to 1873. It was already a question of linking three major tourist regions.

The project has resurfaced several times. In 1924, the GoldenPass association was created. And in the 1930s, they were thinking of building a third rail.

At the end of the 2000s, the MOB starts on a totally different concept: instead of changing the rails, modify the bogies, those removable carriages that guide the cars. With a variable-gauge bogie and a gauge ramp, the train will be able to move from one track to the other. The principle is as simple in theory as it is difficult to achieve in practice. 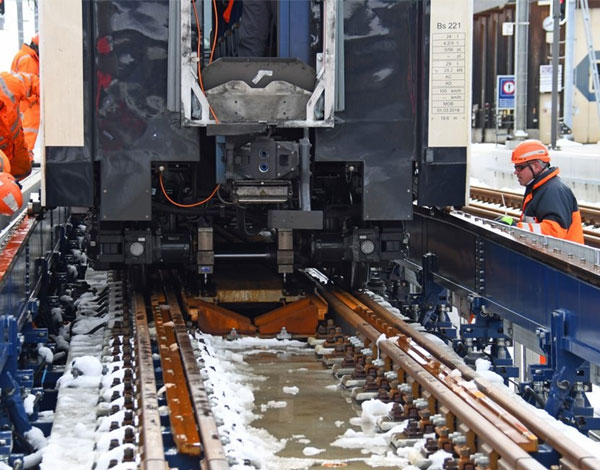 Since the beginning of 2019, the MOB has carried out numerous tests. The variable gauge trucks travelled 2783 km on metric track and 742 km on standard track. They also passed the Zweisimmen gauge station 1020 times. A success!

In the final stretch 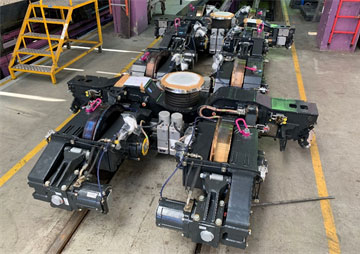 The MOB, which is carrying out this project together with the BLS, can count on several partners, starting with the cantons of Vaud, Bern and Fribourg and the Federal Office of Transport.

The MOB is looking for an industrial partner to realize its concept. Alstom is the designated company. From January 2019, four prototypes are delivered and tested.

In Zweisimmen, the gauge ramp is built.

Only the cars are equipped with the famous bogies. This supposes that one locomotive will tow the train between Montreux and Zweisimmen and another one between Zweisimmen and Interlaken.

The GoldenPass Express, which is out of the ordinary in many ways, also had to stand out for its aesthetics. With this in mind, the MOB has entrusted the design to the prestigious PininFarina workshops. The colours are inspired by the great European express trains of the end of the 19th century, while remaining modern.

The GoldenPass Express is launched at Stadler 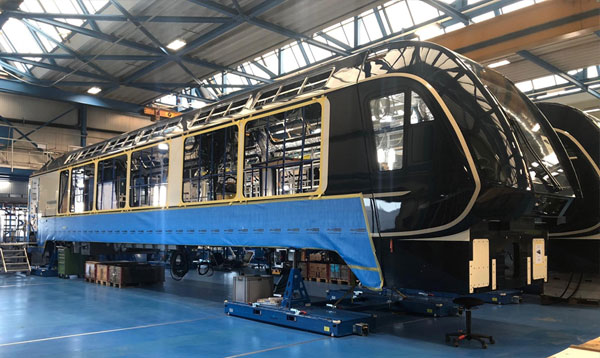 It is in Bussnang (Thurgau), in the Stadler workshops, that the future train is manufactured. The first vehicles were delivered in the spring of 2020.

The new prestige class, a must 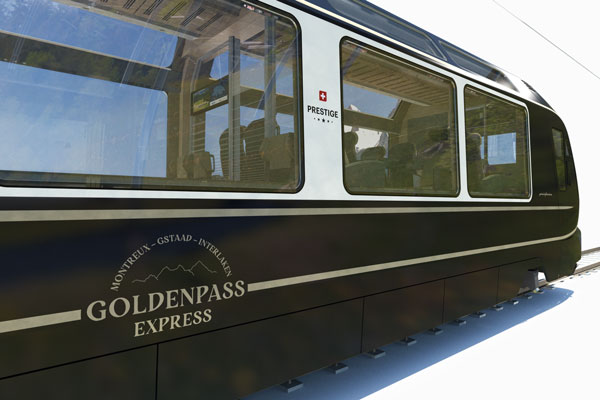